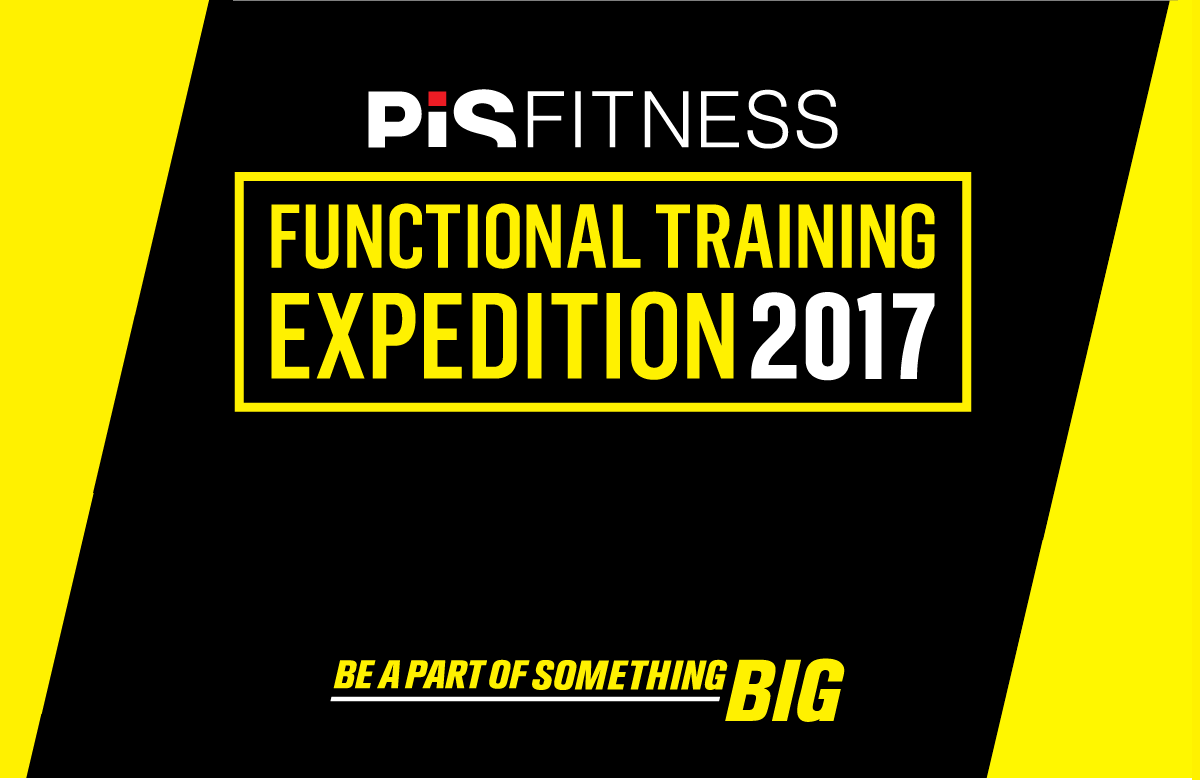 Functional Training Expedition is a 3-day seminar with a combination of theoretical and practical courses, specifically designed for fitness professionals, trainers, strength and conditioning coaches, pilates instructors and physiotherapists with some of the top speakers in the fitness industy.

FTE2017 will take place at European University Cyprus on 19-21 of May 2017. Participants will get a certificate of attendance for each registered session.

One course is available each period. Participants can register to courses seperately or choose between one-day, two-day and three-day passes.

Marc Lebert is the inventor of the Lebert Equalizer®, the Lebert Buddy SystemTM and the Lebert Stretch StrapTM used by Personal Trainers, fitness clubs, gyms, schools and sport centres all over the world. Marc, with the exception of his world-known creations, has also won many awards, including a place on the Top 100 Fitness Enterpreneurs in the Industry by FitnessBusinessInterviews.com, Silver Lining Top 10 Enterpreneurs Award, canfitpro Fitness Professional of the year for 2012 and International Personal Trainer of the year 2015 by Neos awards. Marc is among the Top international speakers, speaking in some of the biggest conventions and fitness summits around the world like IDEA World, canfitpro and Functional Training Summit.

Tim Lobinger is the ultimate combination of top-notch athlete and coach. As a sports coach, Tim served as athletic Director and fitness coach of Red Bull Leipzig for 2012-2015. Red Bull Leipzig is a recently founded and really successful team, currently competing with Bayern Munchen and Borussia Dortmund for the championship in Budensliga. He also trains numerous world-class athletes in Munich, Germany. As an athlete, Tim Lobinger is one of the most successful Paul Vaulters, winning several European and World championships and competing in several Olympic Games, holding the second best score in Germany’s Paul Vault history. Tim Lobinger is one of the few fitness professionals that experienced the highest level in sports both as an Athlete and a Trainer.

Idan Vadrariu is based in Tel Aviv in Israel and specializes in Sports Performance and self-myofascial training. Idan is the owner of Snatch and creator of the Blackroll Scan, a testing and screening system that incorporates five fundamental movements with the use of Blackroll. Idan also works with some of the most known professional athletes in Israel, including but not limited to personal training sessions with Maccabi Tel Aviv players and other world class athletes. Idan is also a Kettlebell master trainer and Blackroll master trainer in Middle East.

Chris Gamperl is a German strength and conditioning coach and athletic trainer, specialized in sports performance development. As a teacher he works for Perform Better Europe, instructing the Functional Movement Screening (FMS) and the Certified Functional Trainer (CFT). After coaching professional athletes all over Europe (e.g. NLA Switzerland (professional hockey), HLA Austria (Austrian handball champion 2012/2013, 2011/2012) etc. he worked as a strength and conditioning coach for NCAA division I College Florida Atlantic in Miami, FL, USA for American Football, Baseball (Top 25), Basketball and Track and Field. As a docent he worked for the sports science department for the Technical University in Munich, Germany and taught a variety of sports performance related topics. For now he works as the athletic director for the adidas FT-Club, a sports performance and FT facility in munich with more than 10 affiliates all over europe.

Jim Ferris is a Philadelphia based trainer whose clientele includes professional athletes, local teams, everyday fitness enthusiasts, and maybe a celebrity or two. Jim is known for his work in the basketball community from training with the Philadelphia 76ers for many years and training several NBA players. Jim’s expertise in the training field, along with his dynamic and creative training style keeps players, coaches and clients coming back year after year. Jim has worked with the highest of levels in the NBA, NFL, NHL, and MLL, along with many NCAA athletes whether it is by team or individual. With well over a decade of experience and top of the line education, Jim Ferris will give you exactly what you need to take your game or fitness to the next level.

Nikos Daflidis is the inventor of the Lebert SRT™ Barbell. He has worked as a Personal Trainer in Greece since 2004 and has worked as a Strength and Conditioning Trainer in many fitness centers in Thessaloniki, Greece.He has been a Lebert Fitness® Master Trainer since 2013. His constant research for something new and innovative in his Barbell classes gave birth to the SRT™ Barbell concept. The prototype attracted the attention of the Aristotle University of Thessaloniki (Faculty of Physical Education and Sport Sciences) resulting in scientific research revealing the multiple positive benefits of training with the product.

You will get a certificate of attendance only for the courses you attend.

You will receive the free BLACKROLL KEEPITFUNCTIONAL SIGNATURE SERIES – LIMITED EDITION on the seminar days.