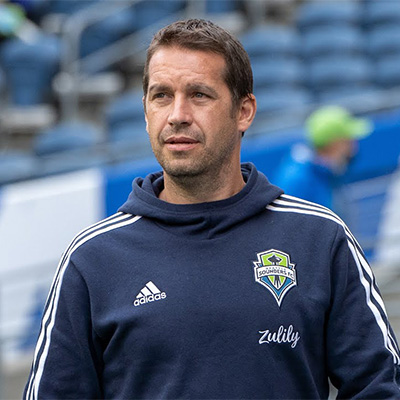 Adam is highly regarded as a leading practitioner within the area of performance coaching and sport science and has developed a unique profile of being very active as a leading academic researcher, obtaining a Ph.D. in Sport & Exercise Science. Having started his career at Wrexham AFC in a playing capacity & later as a youth team coach, Adam joined Celtic FC where he remained for just over 2 seasons before joining Sheffield Wednesday FC as part of their management team. Having remained at Hillsborough Stadium for over 12-months, Adam returned to Scotland to join Rangers FC mid-way through the 2006-2007 season. As part of the senior management team, he remained at Ibrox for just under 8-years initiating & developing a high-performance sport science department. Adam was described by then manager Walter Smith OBE as a key member of the backroom staff within the football club with with his methods receiving positive exposure during a successful period of the club’s history. During this period, Rangers FC achieved numerous domestic League Championships, FA Cups & League Cups in addition to numerous UEFA Champions League & UEFA Cup campaigns resulting in the UEFA Cup Final 2008 in Manchester. Upon leaving Rangers FC, Adam took up a fresh challenge at English club Sheffield United FC in a duel role ‘Assistant Manager & Head of Performance’ armed with the task of initiating & developing a High-Performance Sport Science & Medical support network within the club. After a transitioning period at at Bramall Lane, he accepted the offer to move to European club football joining Swiss giants FC Servette based in Geneva on a 3-year contract, again in a duel capacity Head of Performance & Assistant Coach. Within the club, he initiated the well-published & highly regarded ‘FC Servette – Centre for Football Research’ through which came numerous applied ‘Football Science’ publications. Throughout his time at the club, the interaction of science & coaching played a major role in the club both on & off the pitch. Adam remains heavily involved in various research projects surrounding ‘Football Science’ & as well as holding an ‘Associate Research’ position for Claude Bernard Lyon.1 University in France, he holds visiting Professorship status as an academic at THEi, Hong Kong, China.